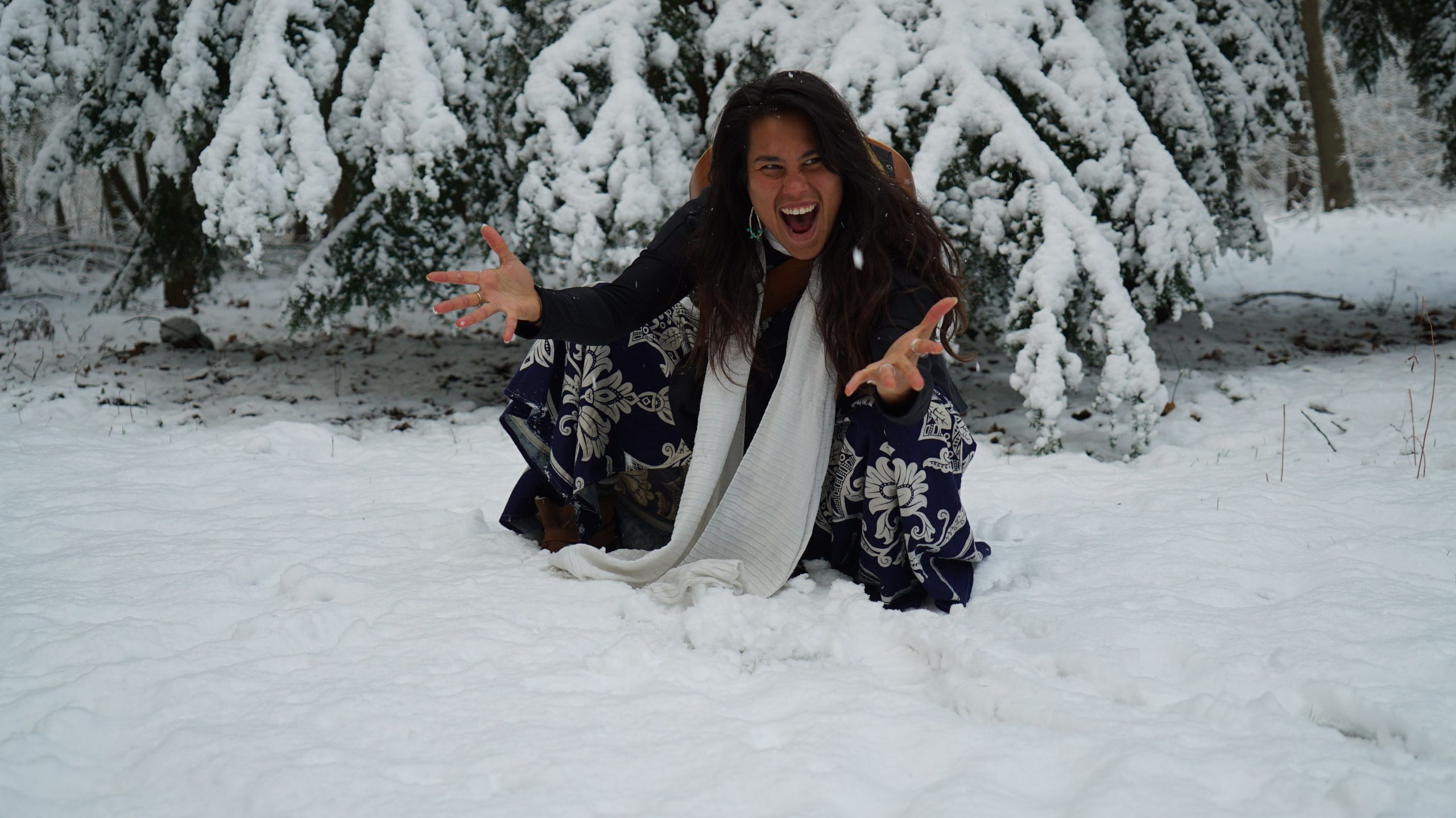 Jennifer Ann is an Award Winning, Meditative Singer Song Writer from Holland/USA with her roots in mantra and medicine music. Her voice is soulful and warm and her fans describe it as a mother’s embrace. She has a background in Kundalini Yoga (2011), Children Yoga (2013) Traditional Yoga and Yoga therapy (2014) and many shamanic teachings from different tribes from around the world. ( O.a Native American, Shuar, Huni Kuin, Yawanawa and Shipibo, since 2007)

With her search for the medicine and healing powers within music. She follows the traditions of mantra chanting and tribal ceremonial music. This is the groundwork for her original songs that she has been birthing into the world. These new songs are a fusion of tribal music and folk/singer-songwriter blended together as prayers for a better world.

In 2014 Jennifer Ann released her first album, which was received well in Holland and reviewed by the Dutch Yoga Magazine. Her second album in 2015 was already shifting towards more original songs. In that same year, she was invited to speak about how “Music = Medicine” at Tedx Friesland (The Netherlands) that year she also finished her music degree from the University of Groningen (The Netherlands).

In 2018 she released her album Urban Shamanism. Which touches upon the topic of building bridges between shamanic and ancient teachings and modern society. Two songs of this album have won a “Peace Song Award” in the USA. In the jury of the Peace Song Awards, are o.a Steward Copeland of “The Police” and Peter Yarrow of “Peter, Paul & Mary”. More info: www.globalpeacesongawards.org

Her latest album We Are The Ancestors, has been released in 2022. In these songs she is calling upon all children of the earth to reconnect to the source they have come from. She believes we all have a mission and now is the time to step into that mission.

Jennifer Ann is currently also growing into her entrepreneurship as she is finding ways to serve the community best. She is sharing many of the teachings of cacao, that she has been gathering for the past 8 years. In 2021 she transitioned a big part of her work online due to Covid. From this transition she is now building the Mystical Cacao Academy, which provides trainings to deepen the connection to the ancient and modern wisdom of cacao and/or become a cacao facilitator.
More info can be found here: www.mystcialcacaoacademy.com ( coming soon)

Next to her growing business, she is on a mission to reawaken the ancient wisdom of the women. Although this project is dormant at the moment, the intention is to continue this work in the near future and support women worldwide. May we remember who we truly are and re-integrate the ancient wisdom into our daily lives.
Stay tuned for more unfolding on this project: Ancient Women Gatherings.
www.ancientwomengatherings.com

Are you following Jennifer Ann?

Award Winning, Meditative Singer Song Writer from Holland/USA with her roots in mantra and medicine music. Her voice is soulful and warm and her fans describe it as a mother's embrace.

You can find out more about which cookies we are using or switch them off in settings.

This website uses cookies so that we can provide you with the best user experience possible. Cookie information is stored in your browser and performs functions such as recognising you when you return to our website and helping our team to understand which sections of the website you find most interesting and useful.

Strictly Necessary Cookie should be enabled at all times so that we can save your preferences for cookie settings.

If you disable this cookie, we will not be able to save your preferences. This means that every time you visit this website you will need to enable or disable cookies again.